Is letter writing a thing of the past?

Another mojo!  This one is from a few weeks back. 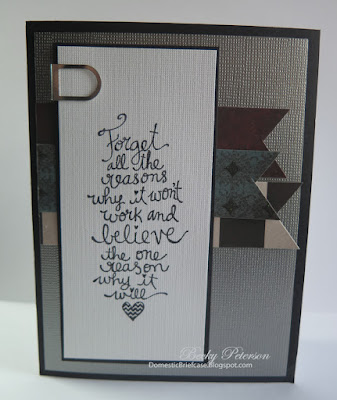 As our society becomes more and more automatic, one cant help but wonder if handwritten letters are becoming a thing of the past?  In the beginning of such a tradition notes were often times delivered via courier and it was up to the recipient to pay for the delivery.  Then in May of 18490 Great Britain introduced the first prepaid stamps.  The United States followed suit in 1842.  It was then possible for a person to write a short note, put it into an envelope, place a stamp and send it.  Though there was no guarantee of such letter ever reaching its recipient as those entrusted to carry it were often victims of ambushes.  Some boats and trains and even the military tried to aid in the delivery, again though, it was never guaranteed.  In 1860 the Pony Express was introduced and now mail could be delivered quickly and efficiently.

We have evolved in our ways of transporting mail.  We can now rest assured that 98% of the time if we mail something it will reach its destination in a fairly decent amount of time.  I can send a Birthday card to my friend in London and he has it in less than a week.  My friend in South Africa can get something in just a couple of weeks.  So why are we not utilizing this great gift?

People today are daunted by the little "stuff".  Ohhhh to send a letter would mean you might have to unplug a device, though I guess you could type a letter, print it out and then send it.  One would then have to find an envelope (do people even have those anymore?) and ohhhh the dreaded cost of that stamp!!  I think it is 47¢ or something.  Cmon people--you spent $5 on a cup of coffee and $6 on a cupcake!!  40 somethin cents will not do you in I promise!

Another factor is almost everyone that you might send a letter to is a friend in your social media.  Chances are that you will talk with this person 22 times before you even get the letter sealed and to the post office, let alone they receive it on their end.  Then the news is old and--well what is the point?

I challenge you today to send a letter.  Write it on a napkin if ya have to.

Here is a link to how to make an envelope if you do not have one.

Ask that person for their address and send them something.  Even if it is simply a note that says Have a Great Day with a smiley face.  I promise it will brighten their day.

Go and bless someone!

Great masculine card Becky! The sentiment on it speaks to me!