So we started schooling a couple of weeks ago.  We started earlier than most with the intention of taking most if not all Fridays off.  There of course will be those weeks that we have appointments and have to switch our days all around.  But I like the leeway it gives us.

Anyways, as I was looking around for fun things to do on the first day of school, something to make it special.  Since friends are all getting new shoes and backpacks and lunchboxes.  We don't really need all of that stuff so I had to get a little creative.  The idea of the Schultuete was by far the most popular and fun idea.  An old German custom was to gift a cone to a young child as they enter school.  The cones that were originally filled, much like a Christmas stocking, with candies and fruit...later have transformed into containing mostly school supplies and fun trinkets.  My cones were very simple.  Only containing just a few things. 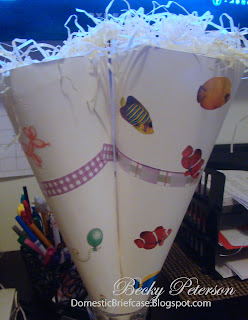 Chips Ahoy cookies....AHOY matey, its going to be a great year! 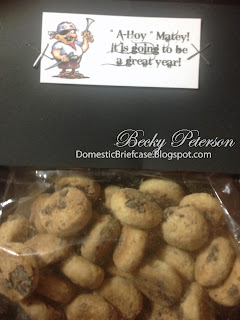 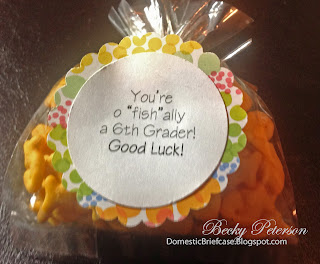 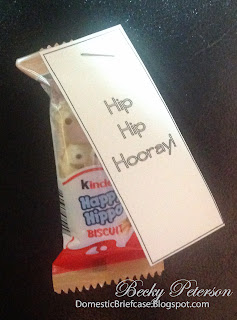 Then we did a little experiment about thinking outside of the box.  I asked Hannah to cut a hole in a piece of paper big enough to fit around her body. 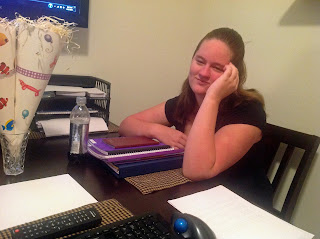 Her response, not so happy. 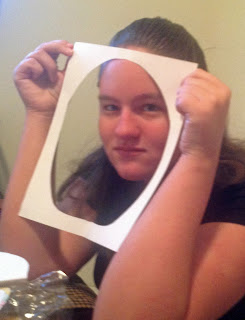 Her results, normal and typical.  But then I reminded her that we were thinking unlike anyone else, so we tried a few different ways to cut the paper.  This time it worked! 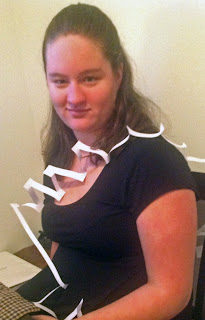 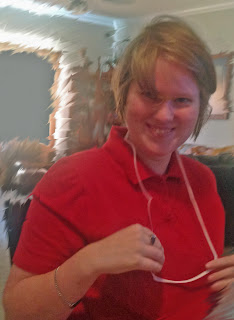 Our start up has been a little less than perfect.  Only because we have had to change up a few of the classes that simply were NOT working.  Both girls learn in completely different ways and its a challenge finding what works.  Im sure we will change a few hundred more times.  But at least they are learning.  Can't wait for the Co-Ops to start back so we can get social again.