Hey Guys! Did you miss me? I have missed myself too! Anyways. It was a crazy buzzzy week with family and my oldest's 13th Birthday and and and...well, you get it! Anyways. So I have been playing around in PSE (Photo shop Elements) and making sketches and templates and so on. Then I thought Id come up with a few sketches of my own. Here is my first challenge to you. And as you will see by MY example, it IS a challenge. Go on now, go try it for yourself! Come back with a link if you do! 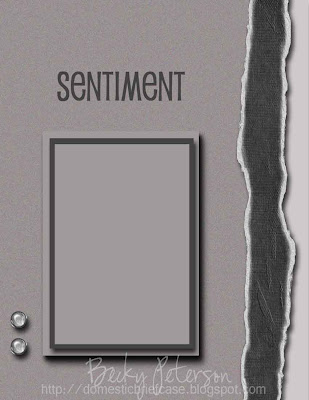 And here is my rendition. Hmm...ok, so its been awhile since I have been inky. Mojo is slowly starting to flow...just give me a day er so. K? 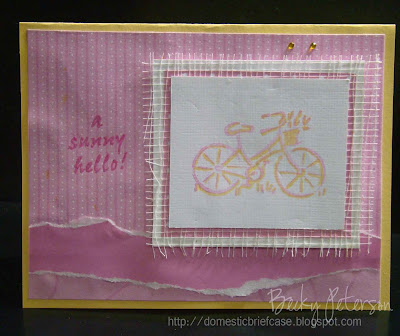 Okay, so I mentioned that I now have a 13 year old in my house. YIPES! But her Birthday was awesome. I wont bore you to tears with ALL of the details. But I gotta tell ya the bestest one! 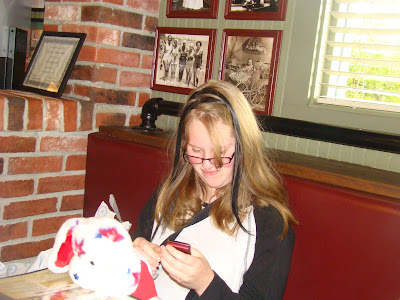 All week I had been teasing Heather that I was going to get her a Build A Bear™ for her Birthday. I even went so far as to say that Hannah helped pick it out. I told her that there was just no way that we could afford the grandeose wishes that she had on her list. So, as she opened the present and saw that it WAS a stuffed animal, she did her best to not show her disappointment. But you could tell the child's heart was just broken. As she pulled the dog out of the box he started to ring tho. To which, my brainiac replied...WHY IS IT RINGING?? She thought I had put in a sound to simulate a cell phone. She did finally figure out that there was more to the dog than just fluff and cuteness, and she managed to get her brand new cell phone out of it's belly. She was then, one happy camper!! I was even priveledged enough to get the first text....THANKS MOM!
Worth it all. And truly a Birthday to Remember!

Awww - what a great memory for her birthday. I personally love the black! I'll try to find time in the next few days to try your sketch. I've been "collecting" these from several blogs and should probably actually USE one. Glad to see you're back!

OK - I had a chance to create something when we got home from church today. Here's the link: http://planbtn.blogspot.com/2009/07/sketch-sunday.html

Oh, and I forgot to tell you Good Luck with a teenager!

just remember (writes the mom of a former teenager & grandmother of a future teenager) hair is temporary so yes you are a cool mom and let her experiment with her hair.. because it is only temporary - and the MEMORIES last forever!

What an awesome thing...Glad the black streaks are temp too! hehehe..she's so pretty...the black takes away!